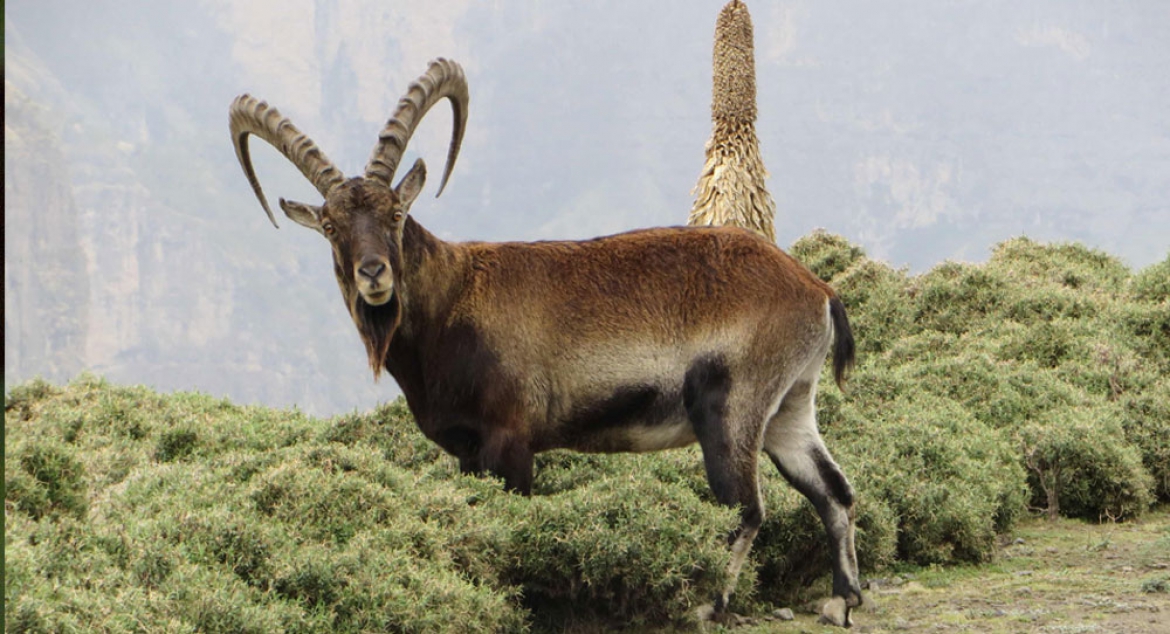 Mountain massifs/highlands in the north and southeast also provide habitats for a unique assemblage of montane mammal species, including many endemic species of mammals. Species characteristic of the East African savanna, the sub-Saharan savanna belt, North African deserts and the Somali-arid zone mingle around the edges of these plateaux. So far a total of 277 species of mammals in 12 Orders and 40 Families are known to occur in Ethiopia. So far 29 species are endemic and are almost exclusively confined to the central plateaux of grassland or Mooreland habitats. Five of these are larger ones, namely Walia Ibex Capra walie, Gelada Baboon Theropithecus gelada, Starck’s Hare Lepus starcki, Mountain Nyala Tragelaphus buxtoni and Ethiopian Wolf Canis simensis.