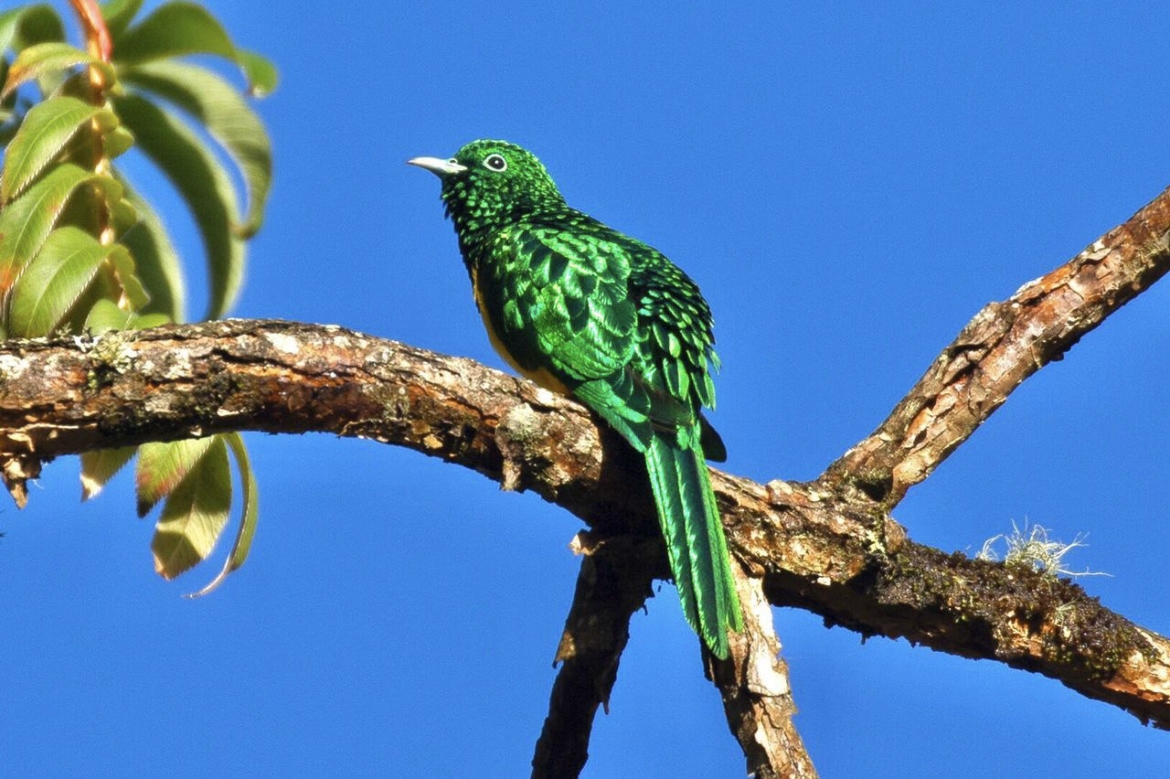 Important Bird Areas (IBAs) of Ethiopia. IBAs are places of international significance for the conservation of birds at global, regional and national levels. Parts or all of three Endemic Bird Areas (EBAs) lie within Ethiopia: the Jubba and Shabeelle vallleys EBA is shared with Somalia and 3 of its 4 species occur; the whole of the South Ethiopian highlands EBA with 5 species is within Ethiopia; and most of the Central Ethiopian highlands EBA is in Ethiopia and its 4 species occur.

There is also one secondary area which is defined by the distribution of Sombre Rock-Chat Cercomela dubia. Parts of 4 biome restricted assemblages occur in Ethiopia: Sahel in a small area in the far north with 16 of its species; Sudan-Guinea Savanna which occupies much of the west of the country with 16 of 54 species; Afro tropical highlands which straddles much of the centre of Ethiopia with 49 species; and Somali-Masai across the ast and remaining central parts with 98 species.

Numerous wetlands are important for birds including the lakes of the Rift Valley, montane marshes and bogs and particularly in the west, lowland swamps. A remarkable 69 Important Bird Areas (IBAs) were defined by the Ethiopian Wildlife and Natural History Society in Important Bird Areas in Africa and Associated Islands (Birdlife International 2001). They cover 47,757 km equivalents to at least 4.3% of the land area of the country. They are as follows:


Grateful Harmony
The country’s diverse habitat types definitely contribute for the tremendously diverse avifauna. According to their distribution and ecological patterns, the birds of Ethiopia are grouped into four biome assemblages (a biome is a major regional ecological community characterized by distinctive life forms and principal plant species): The Afrotropical Highland Biome: It contains 48 species of birds of which 7 are endemics. The richest site for this biome assemblage is the Bale Mountains National Park with over 80 percent of the species represented.

The Somali-Massai Biome: This biome is the richest in the diversity of birds. It harbours about 100 bird species. This biome includes six endemics, of which three are globally threatened. Most of the sites in southern Ethiopia have a high number of these species. These include: Lake Chew Bahir, Dawa-Wachile, Lower Wabi Shebele and Warder, and Yabello Sanctuary. The Sudan-Guinea Biome: It is represented in Ethiopia by 18 species.

This small number is a reflection of the fact that Ethiopia is at the eastern limit of this biome.Gambella is the richest site for this biome and much of western Ethiopia is poorly known biologically; and The Sahel Biome : This type of biome is the smallest of all the biomes in the extent of area coverage; in this biome are included eight species of birds.